The festival, which supports the Global Citizen movement’s goal of ending extreme poverty by 2030, attracted tens of thousands of supporters to celebrate the campaign’s tenth year of work.

Global Citizen reported after the festival that the event saw partners and members of Congress make announcements worth $1.6 billion and that, over the last decade, the campaign has “mobilized $48.5 billion dollars worth of commitments — which has already affected the lives of 880 million people living in extreme poverty.”

Katie, naturally, put together a pitch perfect festival lewk for the event.

“Getting ready for @glblctzn ❤️ @djquintero @genevieveherr,” she captioned a photo of herself in beauty prep mode (and wearing a Global Citizen t-shirt), tagging her hair stylist, DJ Quintero, and her makeup artist, Genevieve Herr, to give credit where credit was due.

Katie’s next post included a majestic hair flip and her real festival outfit—plus addition shoutouts for her stylist, Julia von Boehm, and Chloé, the brand behind her amazing dress.

The full look was incredible: 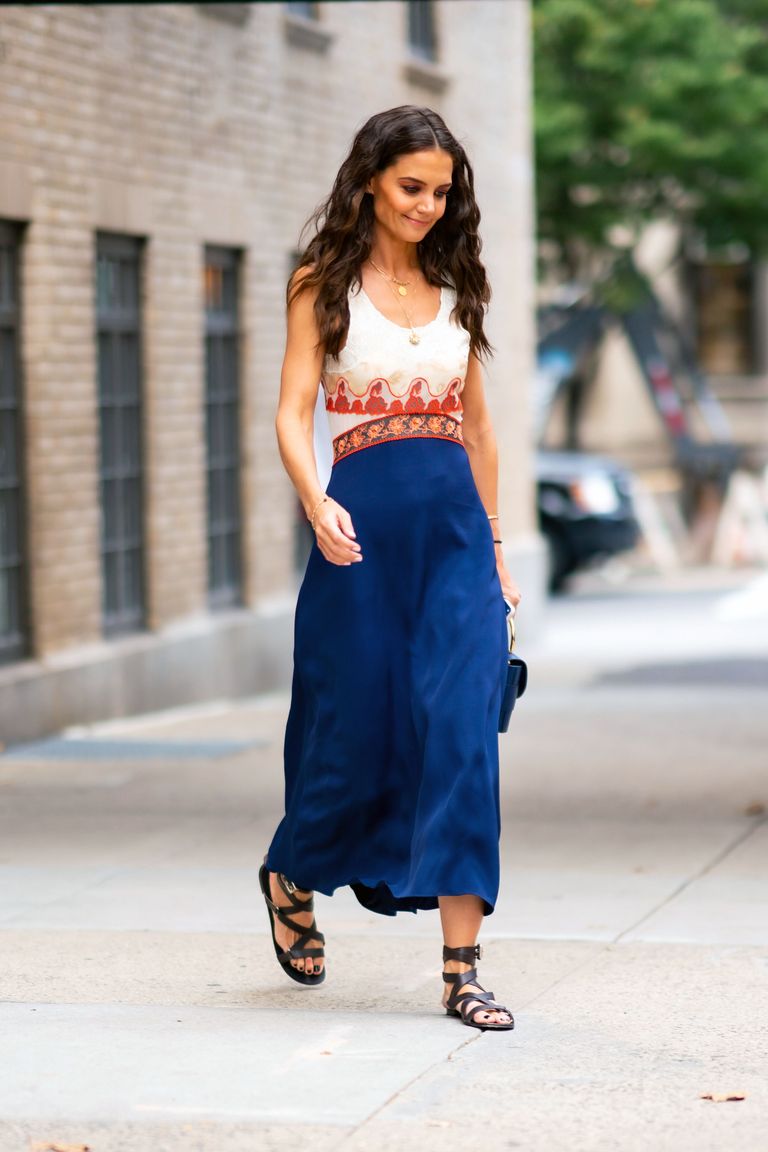 During the festival, Katie played a hands-on role, speaking on stage with Proctor & Gamble President of Feminine Care, Jennifer Davis.

Later, Katie shared some fangirl-worthy clips from performances by H.E.R. and Alicia Keys at the festival:

So, looks like we can add music festivals to the long list of Things in Life Katie Holmes Has Mastered.