Last night, Jennifer Lopez’s blonde bob took the world-famous singer/actress as its plus-one to the premiere of Hustlers at the Toronto International Film Festival.

Exaggeration? Yes. Big exaggeration? No. J.Lo’s sleek bob was brighter than ever, which perfectly complimented her canary yellow gown and the joyous glow on her face at the premiere, which she attended with her fiancé, Alex Rodriguez.

Hustlers has the definition of an all-star cast. Seriously, in addition to Jennifer Lopez, the cast includes Constance Wu, Julia Stiles, Keke Palmer, Lili Reinhart, Lizzo, and Cardi B. The movie itself is based on Jessica Pressler’s 2015 New York magazine article “The Hustlers at Scores” and tells the story of a group of strippers who turn the tables on their Wall Street clients and start embezzling money. The hustle is real.

Jennifer was beyond excited for the film’s premiere, taking to Instagram ahead of the carpet to gush/preview her look:

And the look just kept on giving at the carpet and the premiere, where J.Lo offered some living, breathing proof that blondes do have more fun (at least at TIFF?). She also carried a money-bundle clutch that is on-point for the film. 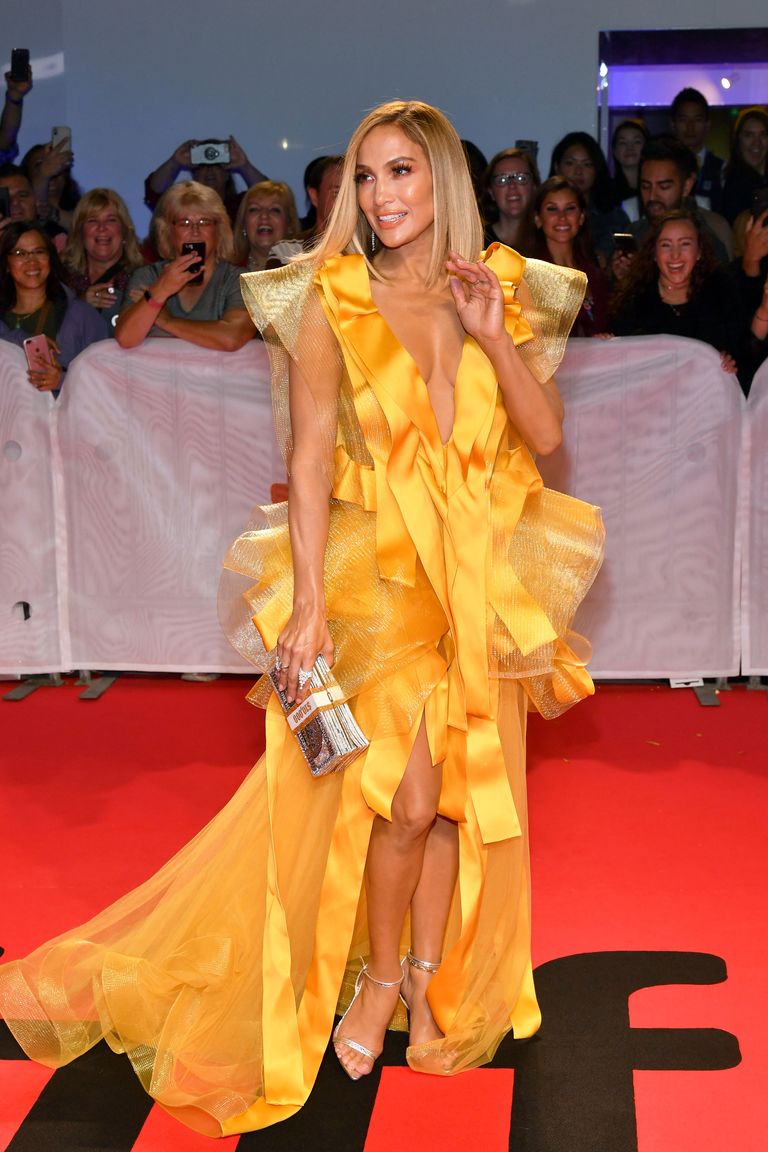 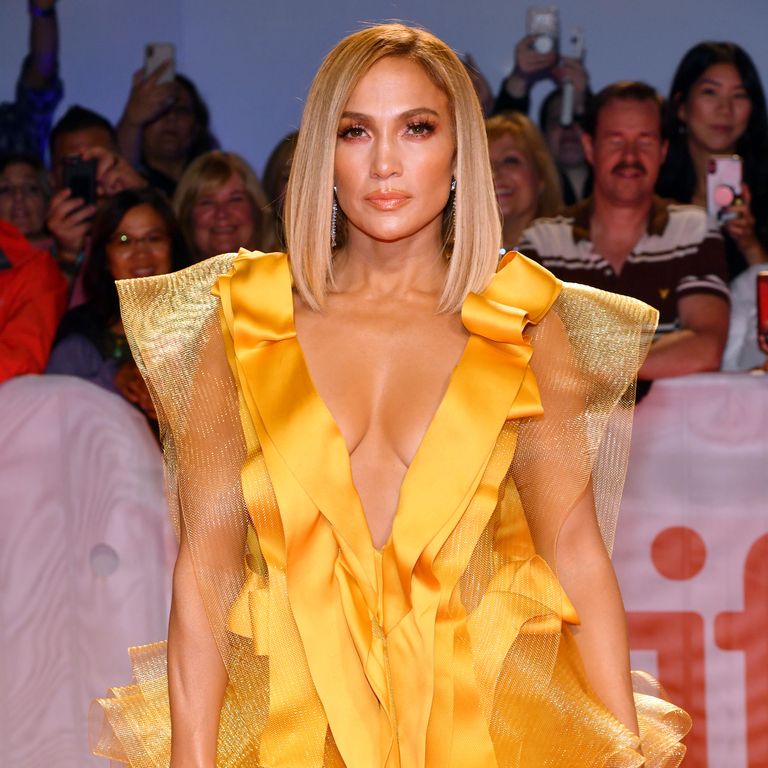 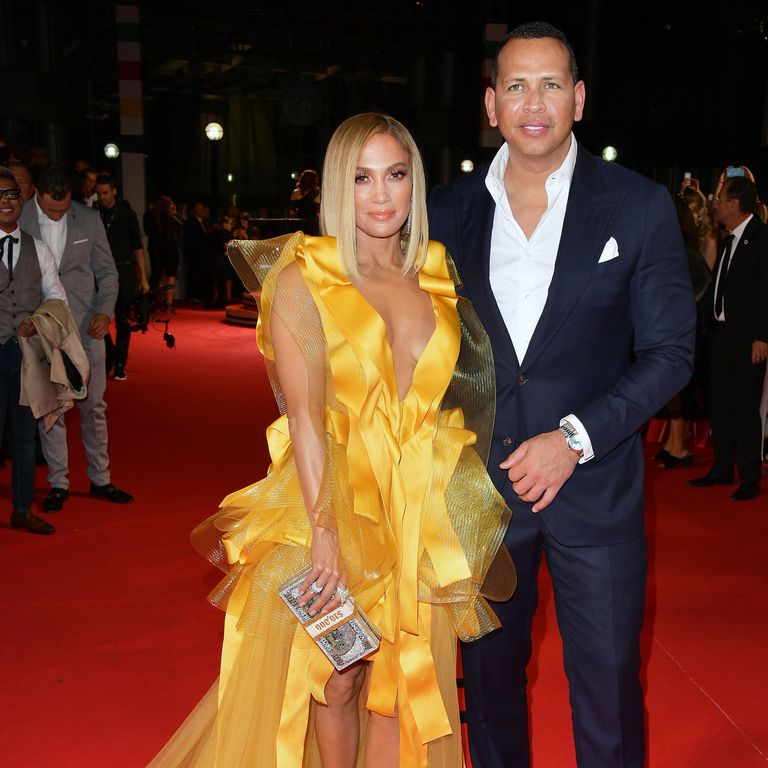 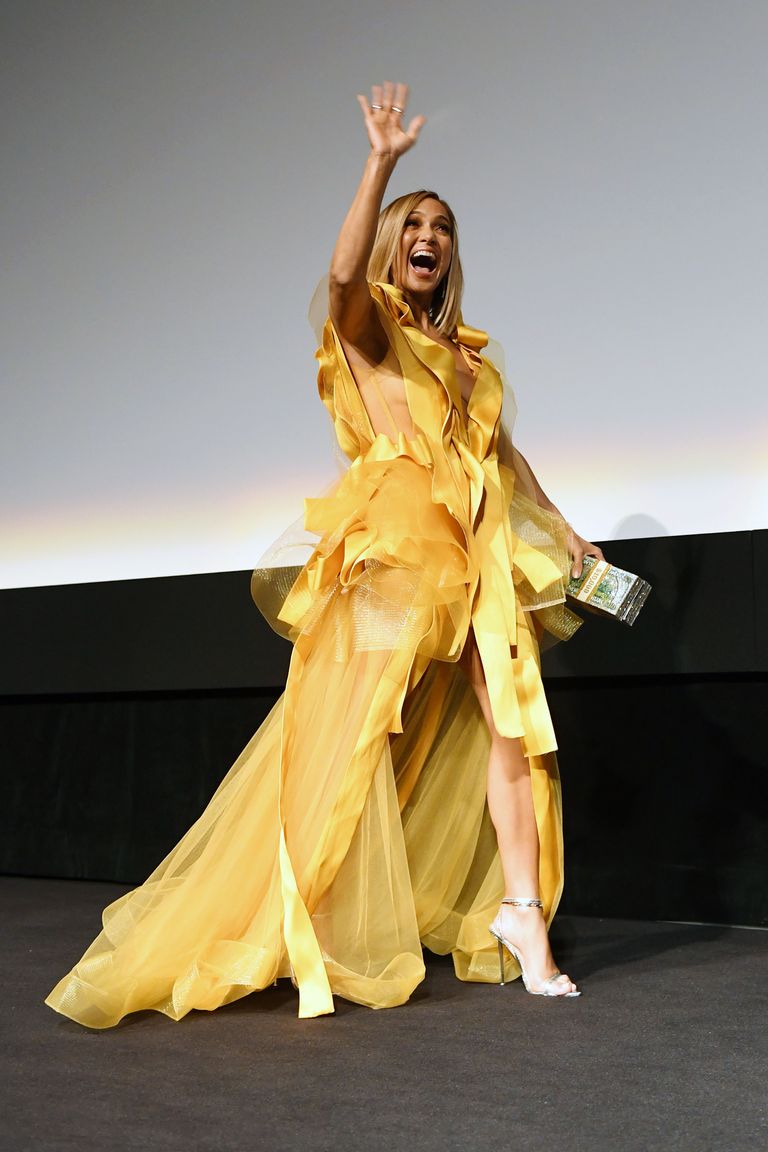 After the premiere, J.Lo kept the night going at a party hosted by the Hollywood Foreign Press Association and The Hollywood Reporter at the Four Seasons Hotel Toronto and changed into a slinky red dress with a plunging V (obvi) and major Jessica Rabbit vibes for the occasion: 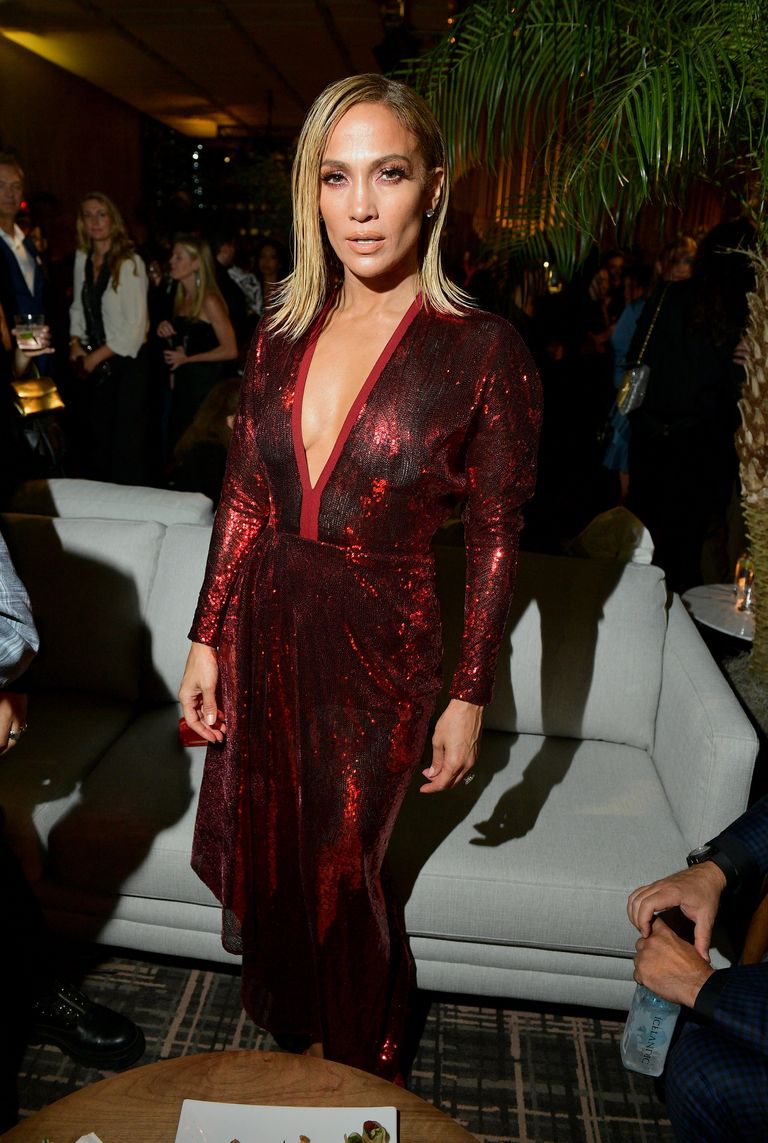