A happy ending to Bennifer 2.0!

It looks like Jennifer Garner and Ben Affleck have this co-parenting thing locked down. While they separated in 2015, and officially divorced last November, according to People, they’re raising their three children—Violet, Seraphina, and Samuel—together. In fact, as Hollywood Life reports, the pair once known as Bennifer 2.0 were spotted watching Seraphina play football over the weekend, looking happy and comfortable in each other’s company. Which is really kinda lovely to see!

Back in April, an unnamed source told Hollywood Life that the actors had figured out how to sustain a close, happy family while remaining separated. “Ben and Jen have found a way to put the kids needs in front of their own and things have really begun to work great for them, everyone in the family is really happy,” the source said.

“Ben and Jen have done a ton of work to get to a healthy place. Ben has worked hard to become a better father and Jen has worked on things from her side too. It has been a long road, but they are all getting along really well, they have found a way to make it all work. They’re realizing that they don’t have to be married to be wonderful parents to their kids,” they added. 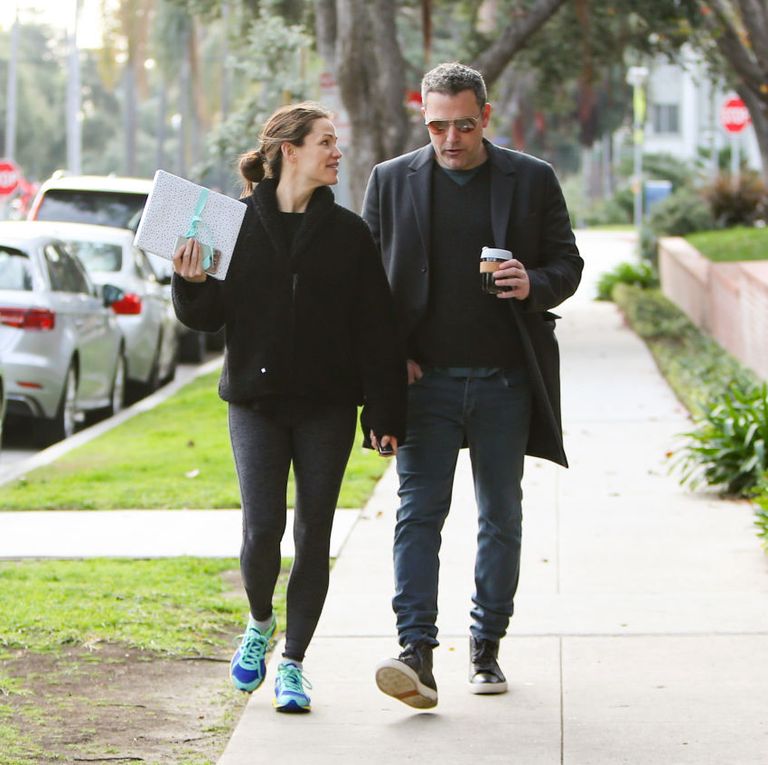 According to the unnamed insider, Jennifer and Ben are “two different people from when they first got married, but when it comes to being parents they have got that completely right. They’re at a place where everything stops for the benefit of the kids. No weirdness or drama is ever in the way when it comes to the kids’ needs.”

Meanwhile, Jennifer gushed about her kids at the INBOUND panel in Boston last week. “I can’t really complain about my kids,” she said, according to People. “They’re pretty awesome. They humor me. But I have chilled out and stopped trying to be my mom.” Sounds like a happy ending for the Garner-Afflecks!